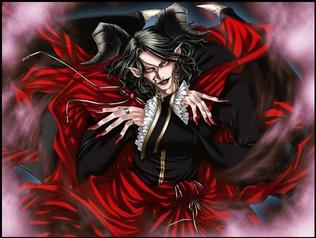 Summary (This is not yaoi, but gothic horror)

A dark horror story in which a young nobleman has a past filled with hardships and responsibilities that leaves him struggling to hold together the remnants of his former life of privilege . As the looming debts of his father begin to pile up higher, he strikes a deal with a man who requests that he commit unspeakable acts of debauchery in exchange for his families freedom.


When every glimpse of salvation seems tainted with evil; Georik, who took a vow to heal after putting down his sword, must now decide if the taking of life to protect his family is worth the cost of his own soul. Striking a deal with the devil while once again facing his past places him on an unforgettable journey to which there is no return.


Dare to don the robes of this young dark master as he dives headfirst into a sea of turmoil; where every choice could be his last.

This is a dark game that falls under the category of gothic/horror. It is however not a yaoi, at least not by the standard set by most yaoi fans. Although a very interesting game filled with plenty of suspense, magic and unspeakable acts of evil; this game remains an adult game but not one that contains a large quantity of sexual overtones.


Due to the constant reference to this game whenever yaoi games are mentioned, we will allow this game to remain on the list although it is not a yaoi according to our general research. It is believed that this game is listed as yaoi because it has a cast of characters that seem to include a large number of long haired "hot guys", however, there do not seem to be any scenes depicting pairings between any of them other than occasional mild touching or flirting.(By US standards)

This game was distributed by Hirameki International soon after its creation and release in 2004. It was developed by Karin Entertainment but at some point the original release (which was rumored to be a yaoi) was either re-written without the yaoi component or generally mistaken for a yaoi adult game. This game continues to be circulated in various forms but is considered a rare find. Apparently losing sales due to pirating, official copies were no longer being released. The game can still be found on a variety of websites and physical copies both new and used can be purchased from a variety of personal and second hand retailers.

With this game having been removed from general circulation, finding one in new or mint condition may be difficult. However there are several places where you can obtain the game.  There are several sites still offering this game in its physical 'cd' game format, but very few offering it as a download. ​

Where to Find/Buy This Game:

https://aarinfantasy.com/forum/
http://www.yaoiotaku.com/
​
Most of the main yaoi gaming sites carry the Japanese version of the game.
Joining the library will give you access to the links for this game

Walk-through (Sorry, we couldn't convince any of our writers to play this game and develop the walk through once they knew it wasn't yaoi.. hahahaha oh well)