Jast USA is the only site that carries the English version of this game.
Most of the main yaoi gaming sites carry the Japanese version of the game.
Joining the library will give you access to the links for this game 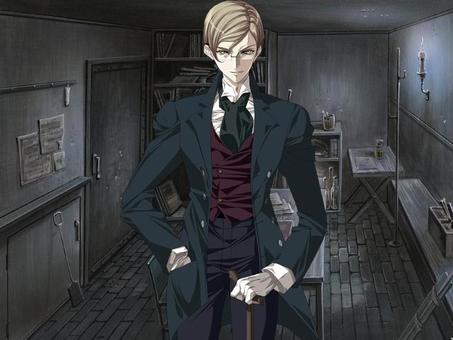 A simple playful candy heist becomes a life changing decision that sends a young man spiraling head first into a dark world of sexual torture that goes beyond the most warped of imaginations.  What is a young man to do when faced with a murder charge? His family leaves his future in the hands of a drunken lawyer while he is forced to live his days in an institution where every day life seems worse than death.


Dare to step into the poverty stricken shoes of a young man named ‘Guys’ as he is hurled into the fight of his life; locked behind the walls of a prison system that is both intolerable and unjust. Will his ordeal change him from the honest fun loving kid into one of the sadists that lurk in the cells beside him? Will he find a way of escape or perhaps take his chances and roll the dice of hope while relying on those around him to help him prove his innocence. Take the reigns and guide him through the halls of hell in this dark mildly disturbing game of lewd sex and torture; where both friends and enemies may hold the key to his freedom… but at what cost?

In this dark graphic yaoi game, you will find a myriad of scenes depicting every level of forbidden love combined with horrific acts of sexual abuse and torture. Although we always suggest you play at your own risk and consider all yaoi games to be of a mature nature, this one we give an especially strong warning. Although an amazing story with outstanding graphics, this is not a game for the faint of heart, the underage or anyone who would be offended by extreme acts of sexual violence, blood gore, torture or death. This game receives the highest of warnings and cautions in regard to its mature content rating.
Contains: Non-con, Rape, Violence, Death, Blood, Gore, Bondage, Fellatio, Urophagia, Sodomy,

This game was translated into English and distributed by a company known as JASTUSA. Although it is still possible to obtain copies of this game from the company, some of the websites are not in English and are therefore difficult to navigate. There are several websites that feature the Japanese version of the game, few sites still carry the English translated version per the request of the company to cease distribution via downloads and "share" programs.

For fans of this game, there are a total of two 'ovas' or mini-movies that provide a bit more live action although the game provides more detail with its in depth story line. Both ova's have been translated by the Aarinfantasy group and can therefore be enjoyed by English speaking audiences.

Most links have been removed for this game.

Games in new or mint condition are hard to come by, however there are still several places where you can obtain the game in a variety of conditions. A fair caution, this game is no longer available for free at the request of its copyright holder. Please attempt to purchase this from the official website.

Where to Find/Buy this Game:

﻿﻿﻿﻿Website/Download
Jast USA is the only site that carries the English version of this game.
Most of the main yaoi gaming sites carry the Japanese version of the game.
Download available in Game Collections

*please note, we do not sell yaoi games and are not responsible for the quality, content, safety or validity of the sites that may have links to games for loading or purchase. Use these links at your own risk and as with anything else on the internet, proceed with caution.
Click to set custom HTML
Powered by