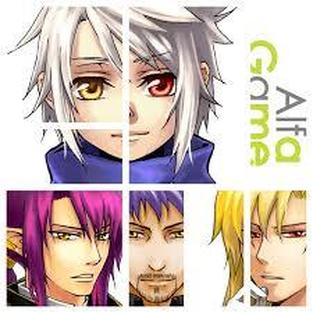 A seemingly simple interactive game in which you are the guardian of a young boy who you will need to raise in order to make him grow into a prince. Very similar to the old tomagachi games, you decide everything from his day to day activities, where he goes, what he learns, what he wears etc and every choice you make for him will either make him a suitable prince to marry the princess or perhaps make him a sexy beast to keep for yourself.

The main catch, it's not complete yaoi, but luckily he has a few friends and if he is trained well, you'll unlock the occasional fun scenes all yaoi fans seem to enjoy. This one is a tad more difficult than it first appears. With every decision changing the overall outcome, you have the joys of dealing with all the changes a child goes through which alters personality, behavior etc. with so many options, it's somewhat impossible to give an accurate summation.. the story changes as often as you do. The intensity of this interactive game comes with all the data in a high level stats in an rpg; the rigorous scheduling of a a dating sim, dress-up and a few other little things that require more input from the player than most graphic novels. This one has received high praise from most players but with a cautionary note that it's a lot harder than it may appear.

There are several variations which include Prince maker 2, Princess maker and more than likely a Prince maker 3; to this end, our information relates to Prince maker 2: Braveness which was translated into English apparently back in 2012 so the information has become a little difficult to find and decipher.. why?? because the translators are not native English speakers (hehehe).

​Okay seriously though, what you need to know is that you need the correct game, not one of the many variations, and that this may appear as a simplified story, but as you play you'll discover it is still quite the yaoi and holds the same warnings and cautions as any other. Have fun and enjoy the interactive game play.

Meet The Characters (We're not adding this segment for this game) 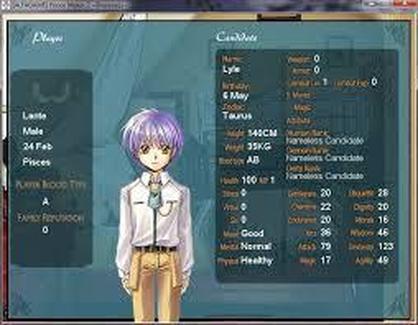 So this game was translated by a group of friends who decided they wanted to see this game in English. The majority of these friends are not native English speakers but took it up on themselves to re-write this game anyway. The company that created this game gave their approval and the translation for Prince Maker 2 came to be.

It seems the remaining Prince Maker games were either partially translated or the project dropped altogether, so the only confirmed translation we have is for Prince Maker 2. The game is owned by Alphagame and they have graciously made the game available for free. There are several sites that carry this game in download format, and a few that have the patch as well. Note that this was translated back in 2012 so it may not work on updated OS, the main site indicates it runs on XP, Vista and Win 7; you'll have to test it for yourself if you are running Win 8 or 10.

This game was never released in the US in a physical format, but it is available for download.

Where to Find/Buy this Game

For the time being, this game is not readily available in any other format besides downloads from fan sites.
This game may still be available on aarinfantasy website
aarinfantasy.com/forum/

Most of the main yaoi gaming sites carry the Japanese version of the game.